An anthropology of everyday... »

An anthropology of everyday life: an autobiography

Description
In 1959, a groundbreaking study of nonverbal communication, The Silent Language, was published to international acclaim. Written by Edward T. Hall, a cultural anthropologist, it was one of the first books to examine the complex ways people communicate with one another without speaking. More than thirty years later, The Silent Language has never been out of print, has been translated into several languages, has sold more than 1.5 million copies in the U.S., and remains the definitive book in its field. Today, Ned Hall is a world-renowned expert in intercultural communication, sought after by government agencies, businesses and universities throughout the world for his expertise in interpreting the hidden meanings behind what people are saying to one another.
Now, in a remarkably candid and personal book, he tells the story of the first fifty years of his fascinating life. Although it began inauspiciously when he was virtually abandoned by his parents to the care of others, his early exposure to diverse cultures started him on his path toward decoding the deeper, hidden layers of human behavior. By the time he was in his early twenties, he had lived in Missouri, New Mexico, France, Germany and on Indian reservations in the Southwest. Building dams with the Hopi and Navajo, he began to realize the very deep differences in these two dissimilar cultures and our own as to how each viewed time, space, bargains and other aspects of daily communication. While serving in the army during World War II, he perceived how the formal army culture differed from the informal one, adding further weight to the new theories he was developing. Working for the State Department under President Truman, he trained foreign service officers who were being sent to underdeveloped countries. Hall's message to them--that there were profound disparities in the attitudes of different cultures toward time, space and relationships--was considered almost heretical at the time. Today, Hall's books are required reading for the Peace Corps.
With charm, warmth, and wit, Ned Hall tells of years filled with adventure, glory, pain and disappointment, discovery and achievement. Throughout his life and in the pages of his autobiography, he incorporates his belief that decoding hidden meanings will help people to discover "the anthropology of everyday life."
Also in This Series 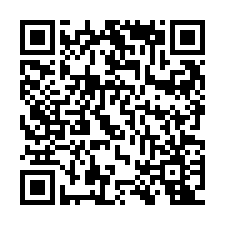