Black, white, other: biracial Americans talk about race and identity

Description
Race may well be a part of the everyday fabric of most Americans' lives but what exactly is it? What does it mean to be white or black or some place in between? How do we come to our racial identities? Are we influenced more by our parents, by school, jobs, friends, strangers, lovers, the evening news? These questions confront many Americans, but perhaps none more so than those people whose parents come from two different racial groups.
Journalist Lise Funderburg traveled across America interviewing adult children of black-white interracial unions. In Black, White, Other she presents their views on race in America. Here are forty-six candid, incisive oral accounts from filmmakers, law students, lab assistants, hair stylists, artists, day laborers, and educators about how they see themselves and the world - and how they fit and don't fit in a society where, historically the mixing of the races has incited jail terms, lynchings, and fiercely guarded family secrets. Topics covered include love and marriage, racism in the workplace, and bringing up children in a racially divided world.
Interracial relationships continue to be taboo among many factions in this country. Interracial marriage, in fact, was still outlawed in seventeen states until 1961, when those laws were overturned by the U.S. Supreme Court. Just as interracial relationships were deemed unacceptable, so were the offspring of those unions. Accounts in newspapers and novels portray these children as "tragic mulattoes," destined to a life on the margin of society, certain to be rejected by all.
For as long as Blacks and Whites have chosen to settle down and marry in America, they have confronted the question: But what about the children? In Black, White, Other, the adult children speak about their childhoods and their lives. While the stories told will put to rest forever the notion that the offspring of black-white unions are certain to be tragic mulattoes, there is also plenty here that shows the power of race both to affirm and destroy. Rut above all, the stories show the extraordinary capacity of people to make their way in the world - and the essential problems in America's whole, artificial construct of race.
Every now and then a book comes along that brings new light and new understanding to the racial divide. Black, White, Other is such a book.
Also in This Series 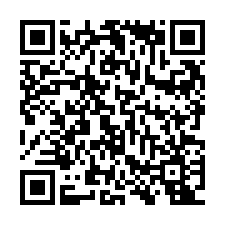