Description
In 1990, the American Association of University Women conducted a ground-breaking poll that highlighted how, as young girls reach adolescence, their self-esteem plummets. The conclusion of the study (an investigation that involved over three thousand girls and boys between the ages of nine and fifteen and cut across ethnic and regional lines) was alarming: there is a crisis in this country regarding the way we educate our daughters.
In spite of the changes in women's roles in society - and in the lives of their own mothers - many American girls still fall into traditional patterns of low self-image and self-censorship. Girls begin first grade with the same levels of skill and ambition as boys, but, all too often, by the time they reach high school their doubts have crowded out their dreams. They emerge from adolescence with reduced expectations of life, and much less confidence in themselves and in their abilities than boys have. In SchoolGirls, journalist Peggy Orenstein presents the human side of the study's disturbing statistics, using an accessible, narrative approach to explore the influences of home, school, and society on adolescent female self-esteem and the difference between how boys and girls are raised to think about themselves.
Through detailed and lively anecdotes - obtained during a year spent with eighth graders at two California schools, as well as interviews with their parents and teachers - Orenstein brings to life the AAUW's profoundly important findings. At Weston Middle School, we meet Lisa, who believes a girl's weight is more important than her intelligence; Suzy, who decides she is "too cute to be a lawyer"; and Evie, who proclaims herself to be a feminist yet tolerates sexual harassment by a popular boy. At Audubon Middle School, however, where the predominantly African-American and Latina girls struggle with pressures forced upon them by their gender, race, and low socioeconomic status, we meet LaRhonda and April, whose confidence in themselves outside the classroom clashes inside its walls with a hidden curriculum designed to "subdue them into disengaged silence." Marta, a Latina almost unnoticed by her teachers and overprotected by her parents, considers undergoing a sexually abusive gang initiation rite in order to gain some measure of acceptance.
An essential read for everyone concerned about gender equity, SchoolGirls shows how the media and our educational system are shortchanging our children. It is a book that can inspire us to change the way we treat girls and the way we educate girls: ultimately, this is a book with the potential to improve the status of women in this country.
Also in This Series 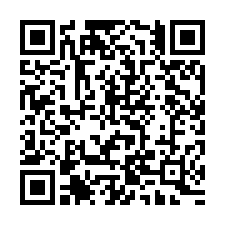