The natural science of the... »

The natural science of the human species: an introduction to comparative behavioral research : the "Russian Manuscript" (1944-1948)


Here Am I—Where Are You?: The Behavior of the Greylag Goose was thought to be Konrad Lorenz's last book. However, in 1991 the "Russian Manuscript" was discovered in an attic and its subsequent publication in German has become a scientific sensation. Written under the most extreme conditions in Soviet prison camps, the "Russian Manuscript" was the first outline of a large-scale work on behavioral science. This translation, meticulously edited by his daughter, Agnes von Cranach, contains a synopsis of all the ideas that made Lorenz famous as the founder of ethology, the study of comparative animal behavior.

The "Russian Manuscript" was originally planned in 1944 as the first segment of an extended work when the author was Professor of Psychology in Konigsberg. After the war ended, Lorenz, then a prisoner, wrote this first part in Russian camps near Kirov and Yerevan. Later he was allowed to take the manuscript—written on paper sacks and other fragments—back to Austria, where he used it as the basis for such major publications as Behind the Mirror: A Search for a Natural History of Human Knowledge. In 1963-64, the manuscript disappeared, much to Lorenz's distress, and was not recovered until nearly two years after his death.
Also in This Series 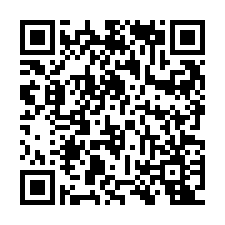