Description
Jerry's Kids. The Special Olympics. A blind person with a bundle of pencils in one hand and a tin cup in the other. An old woman being helped across the street by a Boy Scout. The poster child, struggling bravely to walk. The meager, embittered life of the "wheelchair-bound." For most Americans, these are the familiar, comfortable images of the disabled: benign, helpless, even heroic, struggling against all odds and grateful for the kindness of strangers. Yet no set of images could be more repellent to people with disabilities.
In No Pity: People with Disabilities Forging a New Civil Rights Movement, Joe Shapiro of U.S. News & World Report tells of a political awakening few nondisabled Americans have even imagined. There are over 43 million disabled people in this country alone; for decades most of them have been thought incapable of working, caring for themselves, or contributing to society. But during the last twenty-live years, they, along with their parents and families, have begun to recognize that paraplegia, retardation, deafness, blindness, AIDS, autism, or any of the hundreds of other chronic illnesses and disabilities that differentiate them from the able-bodied are not tragic. The real tragedy is prejudice, our society's and the medical establishment's refusal to recognize that the disabled person is entitled to every right and privilege America can offer.
No Pity's chronicle of disabled people's struggle for inclusion, from the seventeenth-century deaf communities on Martha's Vineyard to the enactment of the Americans with Disabilities Act of 1992, is only part of the story. Joe Shapiro's five years of in-depth reporting have uncovered many personal stories as well. You will read of Larry McAfee; most Americans, assuming that a quadriplegic's life was not worth living, supported his decision to commit suicide rather than cope with a system that denied him the right to work or make his own decisions. Here, too, is the story of Nancy Cleaveland, a fifty-two-year-old woman with retardation who was forced to go to court to win the right to live with her boyfriend. And finally, you will read about Jim, whose long road to release from a Minnesota mental institution, with Shapiro's help, provides a model of what is wrong - and, occasionally, right - with America's social-service system.
Joe Shapiro's brilliant political and human-interest reporting will change forever the way we see people with disabilities; all who read No Pity will recognize that disability rights is an issue whose time has come.
Also in This Series 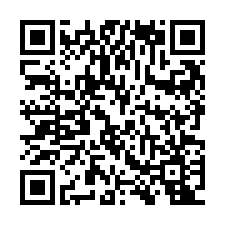