Fire in the brain »

Fire in the brain: clinical tales of hallucination

Description
A beautiful pianist hears her music drowned out by the voice of God.
A young woman calmly watches the gang rape of her girlfriend and herself.
A shy schoolboy turns to his invisible best friend to wreak bloody vengeance.
In Fire in the Brain, Ronald K. Siegel shows how even the sober brain can create the sights and sounds of artificial heavens and hells. Here we find gods and demons, living playmates and dead friends, even UFOs--all astonishingly vivid yet entirely illusory.
With the wit and compassion of Oliver Sacks and with psychological detective work worthy of Sherlock Holmes, Siegel reveals the topography of the hallucinatory world through seventeen riveting case histories. Readers will meet a young girl who insists that a dragon named Chopsticks is her frequent companion; a pool shark desperate to discover the trigger for his horrifying LSD flashbacks; and an elderly woman whose doppelganger rescues her from a violent intruder at the eleventh hour.
Their stories, and over a dozen more, reveal the commonalities of the hallucinating brain, whether our hallucinations are induced by drugs, dreams, severe trauma, or the delirium of illness. Omni magazine said that the author "probably knows more about how drugs work than anyone else alive." In this masterfully orchestrated blend of scientific fact and bizarre yet compelling anecdotes, Siegel demonstrates that his brilliance goes beyond psychopharmacology into the fascinating natural workings--as well as the dark side--of the human mind.
Also in This Series 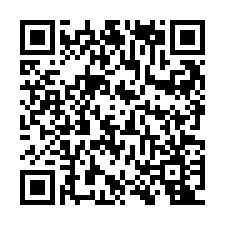