Where wizards stay up late »

Where wizards stay up late: the origins of the Internet

Description
A little more than twenty-five years ago, computer networks did not exist anywhere - except in the minds of a handful of computer scientists. In the late 1960s, the Defense Department's Advanced Research Projects Agency funded a project to create computer communication among its university-based researchers. The experiment was inspired by J. C. R. Licklider, a brilliant scientist from MIT. At a time when computers were generally regarded as nothing more than giant calculators, Licklider saw their potential as communications devices.
Where Wizards Stay Up Late is the story of the small group of researchers and engineers whose invention, daring in its day, became the foundation for the Internet. With ARPA's backing, Licklider and others began the quest for a way to connect computers across the country.
In 1969, ARPA awarded the contract to build the most integral piece of this network - a computerized switch called the Interface Message Processor, or IMP - to Bolt Beranek and Newman (BBN), a small Cambridge, Massachusetts, company. A half-dozen engineers at BBN, who called themselves the IMP Guys, knew it was possible to do what larger companies - including AT&T and IBM - had dismissed as impossible. But making computer networking possible required inventing new technologies. Working around the clock, the IMP Guys met a tight deadline, and the first IMP was installed at UCLA nine months after the contract award.
A nationwide network called the ARPANET grew from four initial sites. Protocols were developed, and along the way a series of accidental discoveries were made, not the least of which was e-mail. Almost immediately, e-mail became the most popular feature of the Net and the "@" sign became lodged in the iconography of our times. The ARPANET continued to grow, then merged with other computer networks to become today's Internet. In 1990, the ARPANET itself was shut down, fully merged by then with the Internet it had spawned.
Also in This Series 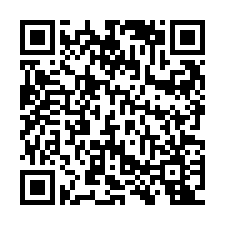