Description
Beyond Peace is a manifesto for a new America, written with visionary insight and a realistic idealism by the thirty-seventh president of the United States. Richard Nixon offers a new agenda for the United States as it defines its role in the complex post-Cold War era.
The collapse of communism, he argues, has offered the United States a unique opportunity for achieving an American renewal. The ultimate test of a nation's character is not just how it responds to adversity in war, but how it meets and masters the challenge of peace: During the Cold War, we sought a peace with justice. If America is to remain a great nation, we now need a mission beyond peace.
Nixon charts the course America should take in the future to ensure that the opportunities of this new era beyond peace are not lost. With his unrivaled experience in foreign affairs, he addresses the key issues facing the United States today: why the United States should continue to play the leading role on the world stage, and what our policies should be toward Russia, Europe, China, Japan, and the Middle East.
Nixon's answers are informed by a depth of knowledge gained over many years as a statesman in the international arena. His intimate portraits of world leaders, past and present, offer us a bird's-eye view of leadership and international politics.
Turning to America, the former President perceives a crisis of spirit that extends beyond foreign affairs. It manifests itself in crime, in education, in race relations, in a selective moralism, in a notion of rights without responsibility, and most of all in a corrosive entitlement mentality that he describes as "one of the greatest threats to our fiscal health, our moral fiber, and our ability to renew our nation."
This book challenges us to seek a goal higher than peace alone. It must be a mission that will unify and inspire the country without war, built on peace but able to transcend it.
Beyond Peace is Richard Nixon's tenth - and possibly most provocative - book.
Also in This Series 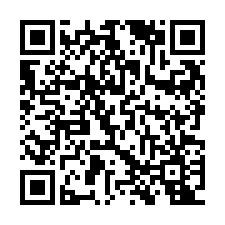