The Word of Islam =

Description
Since the 1970s, Islam has been undergoing a tremendous resurgence throughout the world. Indeed, it is now the fastest-growing religion in the United States, as well as in other parts of the world. This resurgence has often been labeled "Islamic fundamentalism" by the media, but it includes believers of every persuasion, from the most conservative to the most liberal. Given these facts, it is vital for the West to understand the terms in which Islam thinks and to communicate effectively with Muslims. This anthology includes writings central to Islamic thought, some translated earlier but here redone, and others which have never before appeared in any Western language.
The selections include an interpretation of the Quran, as well as portions of the Hadith, or sayings and actions of the Prophet; Islamic law; mysticism (Sufism); theology; and sectarian writings. A final essay on Islam today places these writings in their contemporary context and shows the breadth and variety of Islamic belief and practice.
Compiled with the intention of letting Islam describe itself in its own words, the book will be an important source for all students of Muslim culture and world religions. This book is similar in scope to Williams' well-known 1961 George Braziller publication, but freshly written and much improved.
Also in This Series 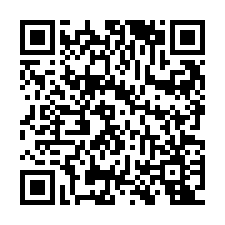