In the company of men »

In the company of men: a new approach to healing for husbands, fathers, and friends

Description
In the Company of Men throws out a challenge to all thinking and feeling men - a challenge to redefine their masculinity. Marvin Allen has met this challenge in his own life - as a son, husband, and father who confronted his own wounds; as a nationally known therapist specializing in men's problems; as the leader of acclaimed men's gatherings. Now, with In the Company of Men, the author outlines a new breakthrough approach to male healing that all men can use to fulfill themselves in love relationships, with their families, and at the workplace.
Marvin Allen arrived at his insights into the male psyche the hard way: by living them. The son of an abusive father and a controlling mother, Allen got trapped in a loveless marriage and a round-the-clock work schedule. Eventually, the stress became so intense that he had no alternative but therapy, but he discovered, as so many men do, that traditional "talk therapy" failed to tap the grief and rage pent up inside him.
It wasn't until Allen became a therapist himself and saw many male clients struggle with the same problems he had that he hit on his radical new techniques for treating men - techniques that encourage men not simply to discuss their emotions but to release them in the healing company of other men. In the Company of Men takes readers inside his dynamic group-therapy sessions and Wildman Gatherings and dramatizes exactly how this new male therapy works.
Drawing on the true stories of scores of men, Allen identifies key categories of dysfunctional parents and shows how each category creates a different type of psychological trap for men. He explores how the media, cultural institutions, work pressures, and peer groups reinforce male gender conditioning. He also analyzes why so many men deaden themselves in their relationships with women, destroy themselves at work, and abuse their minds and bodies with drugs and alcohol.
Packed with emotionally wrenching life stories and keen insights into male behavior, In the Company of Men is the only book that applies the breakthroughs of the men's movement to a therapy program uniquely tailored to men's needs. In the Company of Men is destined to take its place as a landmark achievement in male psychology.
Also in This Series 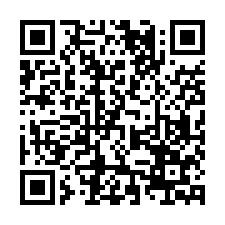