Description
Welfare mothers are popularly viewed as passively dependent on their checks and averse to work. Reformers across the political spectrum advocate moving these women off the welfare rolls and into the labor force as the solution to their problems. Making Ends Meet offers dramatic evidence toward a different conclusion: In the present labor market, unskilled single mothers who hold jobs are frequently worse off than those on welfare, and neither welfare nor low-wage employment alone will support a family at subsistence levels. Kathryn Edin and Laura Lein interviewed nearly four hundred welfare and low-income single mothers from cities in Massachusetts, Texas, Illinois, and South Carolina over a six year period. They learned the reality of these mothers' struggles to provide for their families: where their money comes from, what they spend it on, how they cope with their children's needs, and what hardships they suffer. Edin and Lein's careful budgetary analyses reveal that even a full range of welfare benefits—AFDC payments, food stamps, Medicaid, and housing subsidies—typically meet only three-fifths of a family's needs, and that funds for adequate food, clothing and other necessities are often lacking. Leaving welfare for work offers little hope for improvement, and in many cases threatens even greater hardship. Jobs for unskilled and semi-skilled women provide meager salaries, irregular or uncertain hours, frequent layoffs, and no promise of advancement. Mothers who work not only assume extra child care, medical, and transportation expenses but are also deprived of many of the housing and educational subsidies available to those on welfare. Regardless of whether they are on welfare or employed, virtually all these single mothers need to supplement their income with menial, off-the-books work and intermittent contributions from family, live-in boyfriends, their children's fathers, and local charities. In doing so, they pay a heavy price. Welfare mothers must work covertly to avoid losing benefits, while working mothers are forced to sacrifice even more time with their children. Making Ends Meet demonstrates compellingly why the choice between welfare and work is more complex and risky than is commonly recognized by politicians, the media, or the public. Almost all the welfare-reliant women interviewed by Edin and Lein made repeated efforts to leave welfare for work, only to be forced to return when they lost their jobs, a child became ill, or they could not cover their bills with their wages. Mothers who managed more stable employment usually benefited from a variety of mitigating circumstances such as having a relative willing to watch their children for free, regular child support payments, or very low housing, medical, or commuting costs. With first hand accounts and detailed financial data, Making Ends Meet tells the real story of the challenges, hardships, and survival strategies of America's poorest families. If this country's efforts to improve the self-sufficiency of female-headed families is to succeed, reformers will need to move beyond the myths of welfare dependency and deal with the hard realities of an unrewarding American labor market, the lack of affordable health insurance and child care for single mothers who work, and the true cost of subsistence living. Making Ends Meet is a realistic look at a world that so many would change and so few understand.
Also in This Series 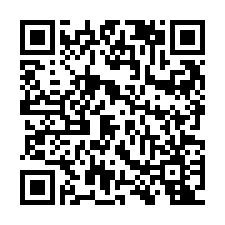