Gender war, gender peace: the quest for love and justice between women and men

Description
Gender War, Gender Peace tells the story of a group journey into the wilderness led by a woman and a man on a quest to build bridges over the gender gap. Aaron Kipnis, a leading voice from the men's movement, and Elizabeth Herron, a trailblazer for a new feminism, guide women and men toward mutual respect, understanding, and compassion in this account of a groundbreaking summit meeting of the sexes. Through a series of adventures and encounters, the participants learn how to communicate the potent depths of anger, fear; grief, love, and appreciation between women and men. They also discover a way to create a map for future peace between the sexes, a future in which women and men can recognize and respect both their genuine differences and shared challenges.
Weaving together dialogues from latenight discussions around the campfire with judicious, well-researched references to scholarly texts, Kipnis and Herron present a detailed and surprisingly optimistic portrait of the potential for communication and personal growth between women and men, growth that celebrates diversity rather than condemning it. Provocative, powerful, and of great importance, Gender War, Gender Peace begins a new era of understanding and partnership between the sexes.
Also in This Series 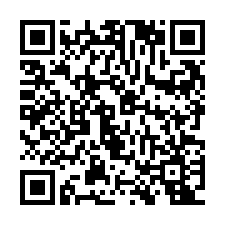