The sun, the genome, and the Internet: tools of scientific revolutions

Description
In this visionary look into the future, Freeman Dyson argues that technological changes fundamentally alter our ethical and social arrangements and that three rapidly advancing new technologies--solar energy, genetic engineering, and world-wide communication--together have the potential to
create a more equal distribution of the world's wealth.
Dyson begins by rejecting the idea that scientific revolutions are primarily concept driven. He shows rather that new tools are more often the sparks that ignite scientific discovery. Such tool-driven revolutions have profound social consequences--the invention of the telescope turning the
Medieval world view upside down, the widespread use of household appliances in the 1950s replacing servants, to cite just two examples. In looking ahead, Dyson suggests that solar energy, genetics, and the Internet will have similarly transformative effects, with the potential to produce a more just
and equitable society. Solar power could bring electricity to even the poorest, most remote areas of third world nations, allowing everyone access to the vast stores of information on the Internet and effectively ending the cultural isolation of the poorest countries. Similarly, breakthroughs in
genetics may well enable us to give our children healthier lives and grow more efficient crops, thus restoring the economic and human vitality of village cultures devalued and dislocated by the global market.
Written with passionate conviction about the ethical uses of science, The Sun, the Genome, and the Internet is both a brilliant reinterpretation of the scientific process and a challenge to use new technologies to close, rather than widen, the gap between rich and poor.
Also in This Series 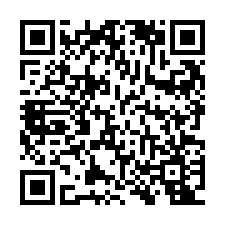